Dhaka formerly known as Dacca is the capital city of the people’s republic of Bangladesh. The history of Dhaka goes back to the 7th century AD to Buddhist times when it belonged to the ancient kingdom of Kamarupa; after this, it passed into the hands of the Hindu Sena rulers (9th century AD), Turkish, Afghan, and Mughal governors, until the British East India Company took control in 1765. The British built the latest educational institutions and public works, a modern system for the supply of water in the year 1874, and introduced electricity in 1878.

However, the ethnic Bengali populace felt discriminated against by the central government, leading to public anger, and they declared Bangladesh as an independent state in March 1971. In their turn, the Pakistan Army launched a counter operation, arresting and killing thousands of Bengali students, intellectuals, and ordinary people. Finally, the Indian Army marched into Bangladesh in December 1971 and captured Dhaka, leading to the creation of a new, independent state of Bangladesh.

The name of the city is believed to be derived from the temple dedicated to the Goddess Dhakeshwari, built by Raja Ballal Sena in the 12th century.

Dhaka, a city replete with history, lies on the banks of the Buriganga River. The old parts of the city lie to the south of the city center, and this is where most of the tourist attractions are found. The old European area lies to the north of Dhaka’s old town; the Presidential mansion, the National Museum, and Dhaka’s business district and diplomatic regions are located to the north-east of this part of the city. If you take a taxi ride into the suburbs you can visit the Dhaka Zoo and the Botanical Gardens. 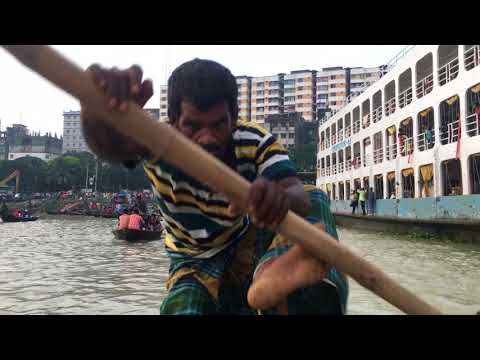 Dhaka was famous from time immemorial for its fine muslin. Now, pink pearls and their rich variety of traditional handicrafts take pride in place. Shoppers will also find gold and silver products at amazingly low prices. New Market, Elephant Road, and Dhanmondi are the best areas for shopping.

Dhaka is not lacking in famous monuments from the Mughal era and these are a must-visit. Lalbagh Fort was built in 1678 by the Mughal governor Nawab Shaista Khan. It contains a mosque, tomb, the Hall for Audience, and the hammam (bath).

Ahsan Manzil Palace Museum is the former home of the Nawab of Dhaka; it has 23 galleries displaying paintings, furniture, and articles of household use.

Star Mosque is a beautiful, 200-year-old mosque, famous for the thousands of stars that twinkle on its surface.

You can see a large collection of antiques and sculptors from the Hindu, Buddhist, and Muslim periods in the National Museum.